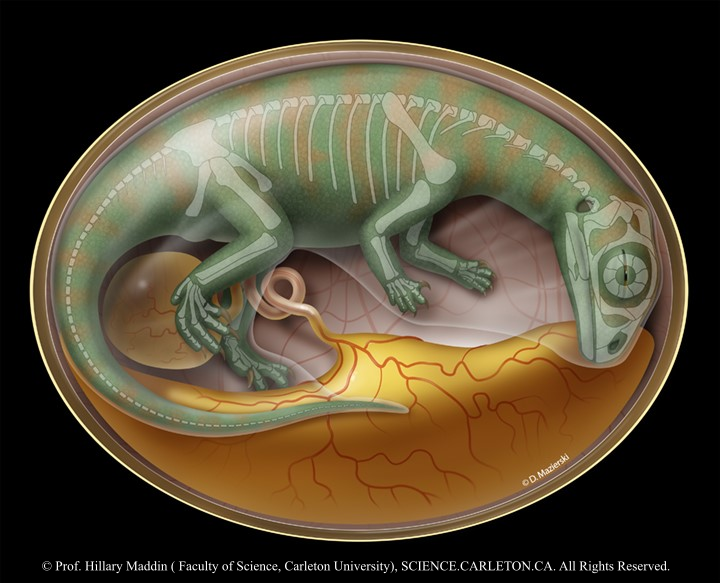 “The integrative Evolutionary Galliformes Genomics and Animal Biotechnology Research Center” (The iEGG/ABR Center), an international and interdisciplinary cooperation research team led by Professor Chuan-Mu Chen, Dean of Department of Life Sciences at NCHU, focused on evolutionary developmental biology studies from living species and ancient animals such as avian, livestock, and fossil dinosaur. Professor Chen is an expert on molecular embryology and animal biotechnology, having workined on embryonic culture and gene micromanipulation, embryonic stem cell development and application, and human-disease animal models for more than 30 years.

Dinosaur embryos are a precious finding for interdisciplinary fields of paleontologists, earth scientists, biochemists, and embryologists. A recent discovery of embryonic bones and teeth from the Early Jurassic period has given this research team an excellent opportunity and even rarer glimpse to study the early tooth formation in a baby dinosaur. 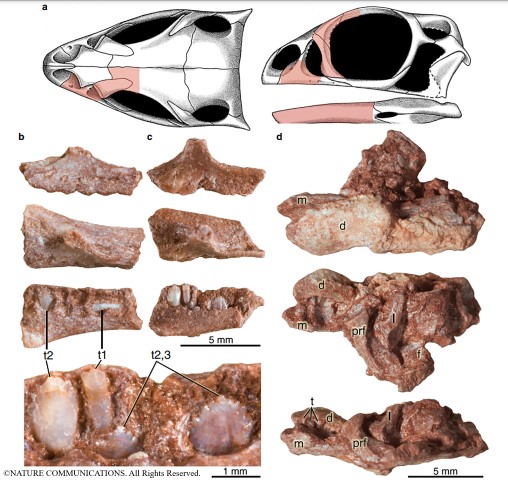 Professor Robert Reisz, vertebrate Paleontologist at University of Toronto Mississauga (UTM), and Professor Hillary Maddin, earth scientist at Carleton University were part of this international research team who recently studied the excellently preserved embryonic jawbones of an early sauropodomorph dinosaur called Lufengosaurus—a distant relative of the giant, long-necked sauropod dinosaurs. These embryonic dinosaur skeletons are among the oldest in the world and include preserved jaws with teeth still inside.

The dinosaur embryo fossils were originally collected during an expedition by a soul team member, Professor Timothy Huang from College of Life Sciences at NCHU, carefully prepared by embedding in the electron microscopic matrix. Subsequently, micro-computational tomography (µ-CT) scanning works in NCHU, UTM and histological thin sections by Dr. Aaron LeBlanc, and then this international research team revealed a first discovered novel finding that multiple generations of developing, unerupted teeth in embryo stages of this early dinosaur.

“The µ-CT data are like a digital dissection. We can visualize the shapes and positions of the baby teeth within the tiny jaw, all without destroying this rare fossil” Professors Huang and Professor Maddin said. “These unique fossils allowed us to compare for the first time the development of embryonic teeth to both hatchlings and adult teeth of the same kind of dinosaur” added by Professor Reisz, “surprisingly we found that tooth development was rapid in the unhatched embryos, with multiple generations of teeth coexisting in each tooth position in a wide jaw”.

The team were very excited to discover that the early embryonic teeth of this early sauropodomorph dinosaur were actually more like the teeth of some of their descendants, the giant sauropods that had massive batteries of teeth as adults for processing plant material. “This discovery allowed us to propose that the evolution of complex dental batteries and the pencil-shaped adult teeth in the giant herbivorous sauropod dinosaurs may have evolved through paedomorphosis: the retention of embryonic developmental stages in adults” said Professor Chen. 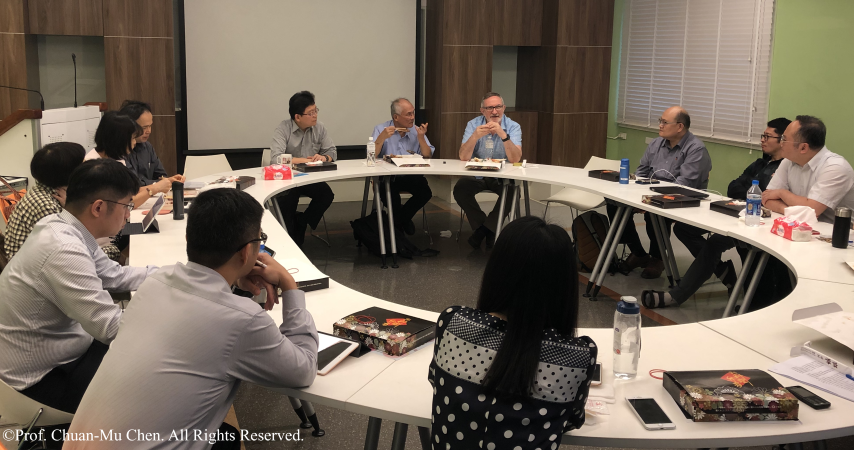 The similarities between embryonic Lufengosaurus teeth and those of much later-occurring species show that paedomorphosis was a common theme in the evolution of sauropods, the largest and longest-lived land-dwelling animals of all time.

Finally, Professor Chen expressed his appreciation for international visiting scholarship funding supports from the Ministry of Science and Technology of Taiwan(MOST), and research funding supports from the Feature Areas Research Center Program under the framework of the Ministry of Education(MOE)’s Higher Education Sprout Project in Taiwan. “Without their long-term support of basic research, we can’t build up this wonderful international and interdisciplinary research team” 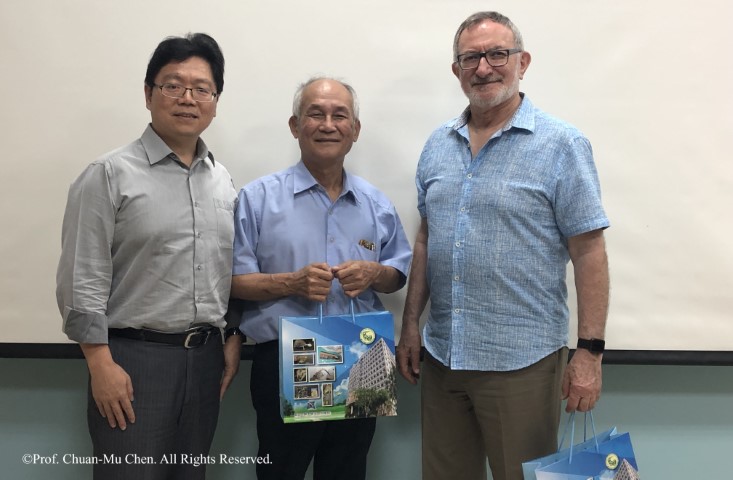 Readers can download the full article of this paper, “Early Jurassic dinosaur fetal dental development and its significance for the evolution of sauropod dentition”, on Nature Communications official website.